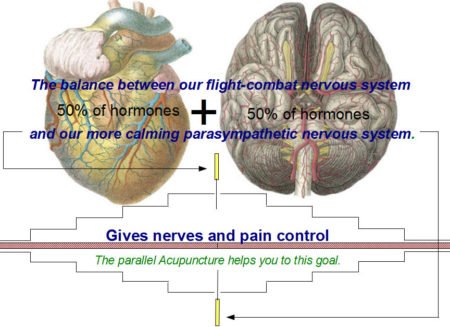 The stomach is
“the villain” in our lives.
Good stomachs provides a healthy population!

Heartbreak, pain or hormone chaos
The heart is other than to pump with sorrow and joy. It plays a very important role in our daily lives more than we previously believed. It helps to determine whether you have a good painless days with good humor and lots of energy.

Cardiac coherence harmonizes total body organ systems. It has been found that the cardiac rhythm and in addition to the effects of the brain waves as a whole, is involved in the regulation and function of many organs and signal-systemic processes in the body.

It has also been documented that the nervous signals from the heart affects the endocrine system, digestion and its processes, urinary bladder, spleen, lung respiratory function, lymph and skeletal muscle. The cardiovascular nerve signals also regulate the central nervous system transmission of nerve signals that modulate pain experience (memory location and strength) and therefore has great significance for our emotional states in everyday life.

Furthermore, it has been known for some time that the neurotransmitters, hormones and intercellular “signaling molecules” is released in a pulse-like manner. The pulse-like patterns of secretion were observed in almost all the major hormones, ACTH, including the GH, LH, FSH, TSH, prolactin, beta-endorphin, melatonin, vasopressin (ADH), progesterone, testosterone, insulin, glucagon, renin, aldosterone and cortisol.
Which then almost come to mean, that so long we can keep the heart and brain activity (even artificially initiated) will the acupuncture needles have a weak regulatory effect on the electrical signal signaling systems with influence on the neurotransmitters, hormones ect.